The X-ray Multi-Mirror (XMM-Newton) satellite was launched in 1999 by the European Space Agency [1]. It is the second of four cornerstone missions in ESAs Horizon 2000 program. XMM-Newton is an X-ray observatory, more sensitive than any previous satellite. It is helping to solve many cosmic mysteries, from what happens in and around black holes to the formation of galaxies in the early Universe.

Figure 1 shows an artistic impression of the 10.8 m long spacecraft (picture from https://www.esa.int/Science_Exploration/Space_Science/XMM-Newton_overview). XMM-Newton is equipped with three Telescopes, each providing an eﬀective area of 1600 cm2. The telescopes consist of multiple nested mirror shells, assembled in a Wolter-1 configuration, focussing the incident X-rays by grazing incident (see figure 2) [2]. In the focal plane of each telescope, one of the three European Photon Imaging Cameras (EPIC) is located. Two of the EPIC systems utilize MOS-CCDs [3] while the third is based on a pnCCD, manufactured in the semiconductor laboratory [4]. The camera system was built in cooperation with the Max-Planck-Institute for Extraterrestrial Physics around a monolithic pnCCD sensor. The sensor (shown on a 4 inch wafer in figure 3) has a size of 6x6 cm2 and 384x400 pixels of 150x150 µm2. Even after 20 years of operation, the pnCCD aboard XMM newton delivers data for the scientific community.

The EPICpn camera provides several standard readout modes, optimized to observe objects from strong point like X-ray sources as for example black holes, to feint extended sources as clouds of hot gas [4]. An Application Speciﬁc Integrated Circuit (ASIC), the CMOS Amplifier and MultiplEXer (CAMEX) implements the readout.  It provides a multi-correlated double sampling of 64 channels in parallel [5] and multiplexes the signal to a digitizer. With a readout speed of 23 µs per row, a noise  performance of less than 5 e− ENC was achieved.

XMM is still operational to this date, providing scientific data to astrophysicists around the world.

Artistic impression of the XMM-Newton spacecraft.
(picture from ESA) 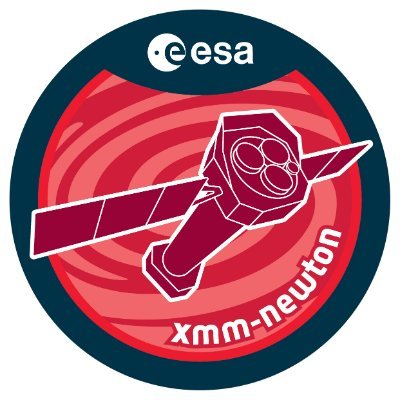